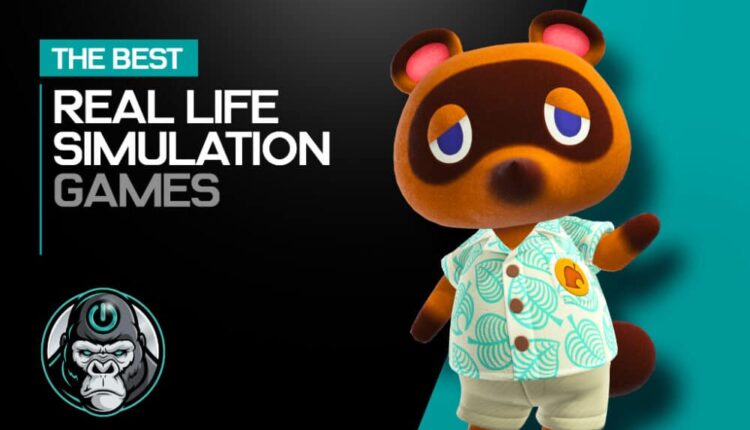 Top Life Simulators to Play in 2022

Life simulators, or life sims, are a popular genre of gaming that has been around for almost as long as computers, but which was truly popularized by the now iconic Sims series. Since the monumental success of the Sims and its subsequent releases, various developers have tried their hand at launching a new hit, with some having more success than others. Here are some of the must-play life sims you should give a try today.

Combining a life sim with a quest-rich adventure game, Disney Dreamlight transports players into the magical and once idyllic Dreamlight Valley, which has been beset by a dark and evil presence manifesting as The Forgetting. Meet and interact with iconic Disney and Pixar characters in your quest to save the kingdom, all the while exploring a magical new land and making a small slice of it your own. Unfortunately, if you haven’t upgraded your gaming PC recently, this game could prove quite taxing when it officially launches in 2023. Be sure to check out the recommended specs for the game before taking a browse through the new GPU options offered by tech powerhouse Lenovo at https://www.lenovo.com/us/en/faqs/intel/intel-graphics/.

Not a new title by any stretch of the imagination, Stardew Valley makes this list not only because it is one of the most memorable and entertaining life sims to be released in the past decade, but because the one-man developing team has continued to launch new content for this already feature-rich title. Stardew Valley sees players leave behind their life in the city to move to the country to fix up a dilapidated farm they have inherited from their grandfather.

Simultaneously a farming sim and a grind-fest, Stardew Valley’s charm lies in its gorgeous aesthetic and well-designed gameplay loop that will have players hooked for hours just to see their flowers bloom for the first time. The biggest update this year adds new areas to keep long-time fans entertained as well as a host of new features, quests, items, and characters to meet.

Another iconic life sim that consistently receives content updates is Nintendo’s favorite online sim Animal Crossing: New Horizons. The second title in the Animal Crossing series, New Horizons has captivated players across the world, having sold an estimated 38 million copies since its launch on the Nintendo Switch in 2020. A carefully crafted game that incentivizes creativity, New Horizons is simultaneously a farming simulator and social experience, allowing players to connect over their mutual love of gaming while simultaneously introducing a soothing and rewarding gameplay loop that melds real-world events with in-game opportunities to create a unique experience for solo and multiplayer fans alike. If you own a Nintendo Switch, there really is no reason not to give this charming title a try.

If gaming is your escape from the chores of daily living, why not put your procrastination to good use and give one of these life sims a try? At the very least, you’ll have a virtual bouquet to show for your toils at the end of the day.

Everything you Should Know about Weighted Vests

What threatens you if you always hold urinate